Environment Act 2021 in Practice - What are the implications for UK water sources? 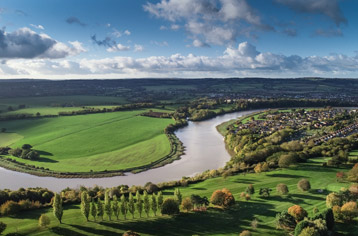 Nearly two years after its introduction to UK parliament, the Environment Act was signed into law on the 9th of November 2021. At over 300 pages long, it is a comprehensive document that covers a wide variety of new legislation for different environmental sectors. The UK Government hopes to use the act as an example for the rest of the world as they set up environmental policy for the next 25 years following Brexit; but what does it actually mean?

The Environment Act 2021: A quick look

Implications for the Water Industry

Water quality monitoring
Increased monitoring and reporting are some of the key themes from the new water policies within the Environment Act. The act puts the onus onto water companies to monitor more frequently and share this information with the public as well as setting up the need for more collaboration between the various water companies. In the five-year SMPs, water companies will need to work together to meet supply and demand while developing resilience and improvements to their environmental impacts.

In particular, the new requirement for the monitoring of water quality both upstream and downstream of 18000 CSOs and effluent discharge sites is an interesting addition, with the act appearing to aim for a data heavy approach. Included in the 'parameters' to be monitored are all the usual suspects; DO, pH, temperature, turbidity and NH3 with the caveat that anything else that the Secretary of State deems appropriate can be added.

While the standard water quality parameters are insightful, not least because of the large databank that already exists on parameter levels in rivers, its somewhat disappointing to see the lack of imagination amongst the parameters chosen. Water companies have permits for pollution parameters such as BOD that are already measured at discharge, why not add these to upstream monitoring as well? There is no consideration given for BOD or COD, coliforms, agrochemicals or other farming-based pollutants; indeed, farming related policies are conspicuously absent from the bill. While it can be argued that other policies represent the environmental practices it seems remiss to not address them in legislation about protecting the environment. Taking rivers in isolation, the very nature of a river ensures that actions in one reach will invariably affect other parts of the river. Focusing on sewage pollution is undoubtedly going to have substantial potential benefits but it is only part of the problem when considering freshwater pollution in England.

CSOs
An annual report on storm overflow discharges is now required by all water companies, including information on location, discharge water body, frequency and duration of discharges, volume of discharge (where available) and information on any improvement or investigation works that have been undertaken in the during the report period. This is in addition to a new duty for within-the-hour reporting of overflow activation. While this is an encouraging step, especially in light of the map published by the Rivers Trust compiling the less than stellar reporting of the 2020 storm overflow data for all the rivers in England; in some areas, it still falls short. An estimated 20% of storm overflows in England are unmonitored under current legislation that selects sites based on environmental sensitivity; there are also some overflows unable to be monitored owing to existing infrastructure. What the environment act 2021 doesn't make explicit is as to whether this includes only the currently monitored overflows or all overflows where monitoring is possible.

There are already provisions set by in the act that the Secretary of State can allow exceptions to the above examples regarding monitoring and, while there are always a few cases of legitimate exemptions, there is always the risk of how far these will be pushed. It's all very well putting the responsibility on the water companies to make these changes but unless they are also given the tools needed, the pushback is likely to be strong.

The well-publicised Wellington Amendment, which would have required water companies to take all reasonable steps to prevent untreated sewage from being discharged from overflows was ultimately removed from the bill. This was removed in favour of the more conservative duty to progressively reduce the adverse impact of storm overflow discharges. Water companies were actually in support of the Wellington amendment as a statutory requirement to reduce storm overflow discharges would ensure the measures needed would take priority at the next financial review.

Data
Existing differences in reporting methods between water companies and the fact the monitoring network is still being established means comparisons between different years is unviable at present and the act attempts to target this in the provision to make the reporting accessible and understandable to the public. With the 2020 data indicating that 40% of overflows are operating poorly1, monitoring more closely is a reasonable first step to investigating overflow dynamics and defining mitigative actions. However, monitoring and report writing are only the beginning, strong and decisive action then has to be taken on the back of the data returned to really move forward. With so much pressure now being put back on water companies, it does beg the question as to what actions will be recommended and the level of enforcement that will be seen from the government.

The Secretary of State must compile a plan for the reduction of storm sewage discharges including actions to be taken to reduce adverse impacts, reduce sewage discharge overall and details on monitoring. Monitoring upstream and downstream of treatment works will provide additional insight to the effect of discharges however, either monitoring station/point can also pick up changes to parameters unrelated to that treatment works. How will unexpected readings be investigated? Will they be investigated if they are deemed unconnected to the treatment works? In practice, how does high frequency monitoring work for the water companies now taking responsibility for this?

In addition, sensor continuity has to be considered. The provision does allow for the Secretary of State to pass additional regulations to determine type and placement of sensors however until such provision is passed, there would be a legitimate concern over the potential use of different types of sensors and the different error associated with each method. On a national monitoring programme, the more continuity achievable the better if only to allow easy comparison and standardisation amongst the data.

Looking Ahead
In some senses, the environment act does appear to be taking a more holistic approach by engaging not just the water companies but also the EA, the authority, the council, natural England and any other groups the Secretary of State deems appropriate. This is particularly important for the sewage discharge reduction plan, an ambitious goal of the act but a much needed one.

Ultimately river health is a multi-faceted issue with sewage discharge and CSOs make up just one part of that. The loss of the Wellington amendment was a real shame considering the supposed 'landmark' nature of the bill. Ultimately, CSOs make up just 4%2 of the cases as to why rivers are failing to attain 'good ecological status' nationally although they will be playing a role in the failing status of a much larger percentage. The Environment Act does take some first steps but it is not a 'big picture' approach to water quality in England. For water quality at least, the policies laid out show some promise but all eyes will be on the plan published in 2022 and the further steps taken as to whether the bill will have the momentous impact so many had hoped it would.